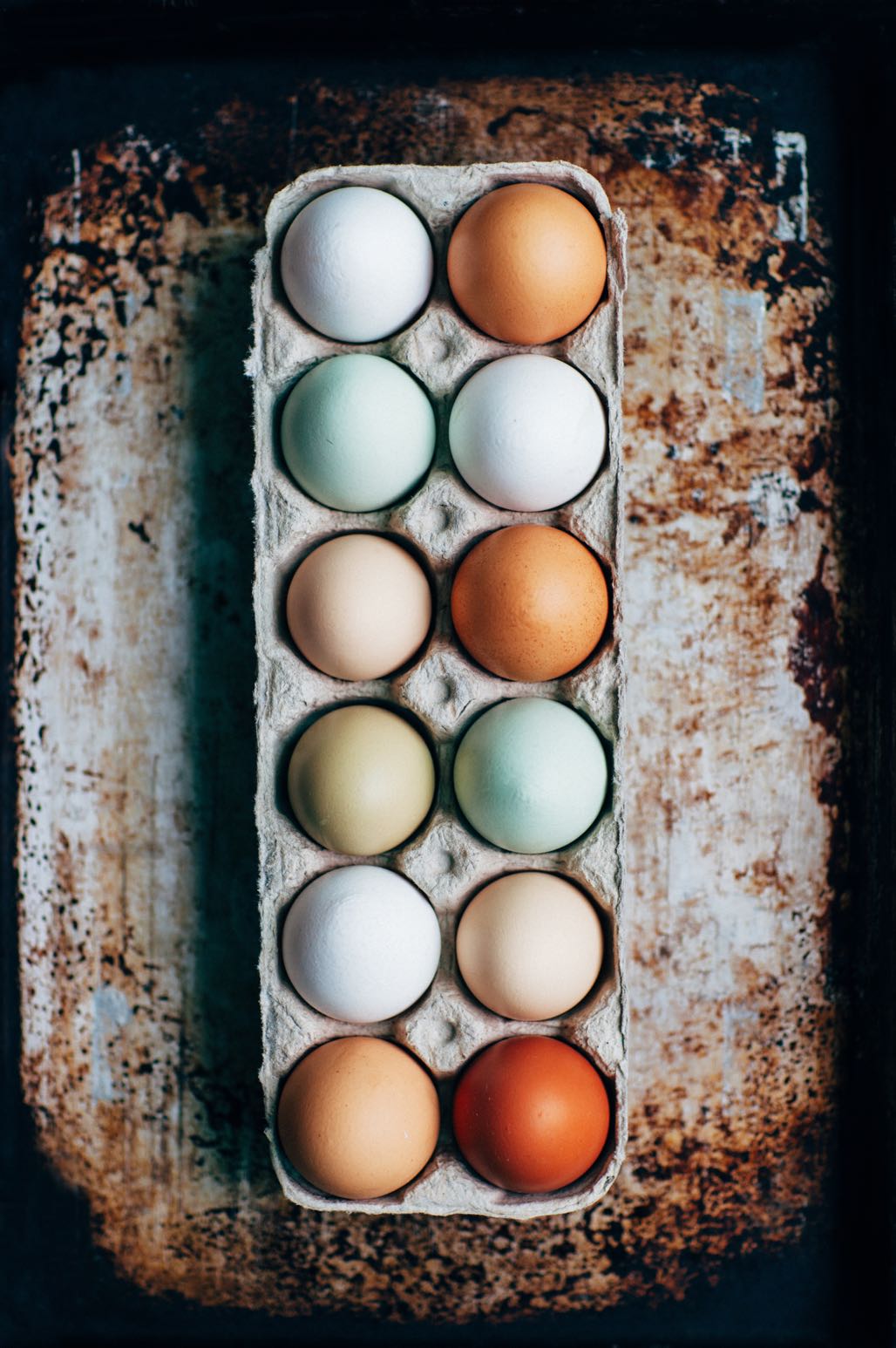 Many of our most vulnerable neighbors face unnecessary challenges and difficulties, all while struggling to get enough food on the table. But solutions exist — and you could be the key to helping unlock one.

« Return to the challenge

This article is part of the Make a Mark Global Awareness Challenge. Click here to return to the challenge page.

All of our sources are cited in the article below, but we’d like to extend our appreciation to this expert panel, each of whom discussed food insecurity with us at length as we prepared to construct this article.

Austin Larrowe started Feed by Seed, an international organization dedicated to agricultural education and development, as a freshman in college. Over the next five and a half years, the organization grew to have an 18-acre research and demonstration farm in northwestern Nicaragua, and to work in many locations across Central and South America, and Sub-Saharan Africa. Austin often says that his research and work around food insecurity has transformed his perspective on just about everything in his life, and that youth are the key to solving global hunger and malnutrition. In 2014, Austin gave a talk at TEDxVirginiaTech entitled “Seeds of Hope” on his experiences with Feed by Seed.

Chelsea Conrad is the Creative Director at Causeway, a nonprofit social innovation studio in Chattanooga, Tennessee. Since 2014, Causeway has helped over 600 grassroots leaders develop and test their early-stage ideas so that they are prepared for growth. Causeway addresses food insecurity and related issues through their support of community causes and their own initiatives including 1TABLE and Bingo’s Market. Chelsea is a graphic designer interested in using design to create unlikely connections and foster community ownership.

Rev. John Wertz, Jr. is the pastor of St. Michael Lutheran Church in Blacksburg, Virginia and starting in July, will be the Assistant to the Bishop for the Virginia Synod of the Evangelical Lutheran Church in America. At St. Michael, Pastor Wertz helped found Micah’s Caring Initiative, a community partnership which works with over 200 partner organizations to provide weekend meals for hungry students, monthly meals to low income senior adults and fresh food in the summer to local food pantries.

Kathleen Scully is the Policy Director for the Center for Hunger-Free Communities in Philadelphia, Pennsylvania. The Center is a research, service, and advocacy organization based at the Drexel University School of Public Health. Some of their programs include Witnesses to Hunger (featured in A Place at the Table) and Eat Cafe. Kathleen works to translate the Center’s research and practices into policy-relevant communications at the local, state, and national levels.

We would also like to thank these organizations for spending the time with us in preparation for this article:

One out of every eight Americans don’t have enough to eat, and people across the globe struggle with hunger every day.

Food insecurity is defined as a lack of access to food that contributes to a healthy lifestyle. This means that households that rely exclusively on snack cakes, canned ravioli and greasy fast food can still be food insecure. These people aren’t receiving the proper nutrients to live a healthy, active lifestyle that then impacts their bodies and minds. Emergency food assistance programs like food banks and soup kitchens fill a vital gap by providing food when people most need it, but they are not built to solve the source of the problem.

In America, many groups are disproportionately impacted by food insecurity including children, seniors, African Americans, Latinos and those found in rural communities. For example, one in six children, one in four African American children and one in four Latino children face hunger. Also, more than 5 million seniors face hunger, as well as 2.7 million rural households.

Many families simply don’t make enough money at their jobs and rely on SNAP (Supplemental Nutrition Assistance Program) to purchase food. Over 60% of those adults that are on SNAP and are able to work do so, and nearly 80% work the year before or after receiving SNAP benefits.

While this is a major assistance, the average allotment for SNAP is only $1.40 per person per meal. Imagine the cost of a case of ramen - about $12 for 24 meals. Now think of the cost of a carton of strawberries - about $5 for 2 pounds. Which would you choose if you were strapped for cash and needed to feed yourself and others in your house? People are forced to select the most filling, unhealthy foods to provide enough meals for their families to survive, often contributing to obesity and other critical health issues like slowed brain development, mental fatigue and chronic disease.

People are unable to provide food, certainly not nutritious food, to themselves and to their families. Families that live in both rural and urban areas often find themselves in food deserts, areas where fresh produce and food can be difficult to find. To have access to healthful meals, people may have to travel long distances to get to a nearby grocery store. Even those with access to a local grocery store are often unable to afford the food that their bodies need due to cost.

Many people are unfamiliar with foods like eggplants, honeydew melons and even baked chips. The lack of familiarity, even if the produce is free, causes confusion and lack of adoption amongst the hungry. An individual that runs a global agriculture program told us a story about growing eggplant and providing it to a family. The parents, not knowing what to do with the eggplant, gave it to their daughter to use as a soccer ball. After being shown how to prepare the eggplant and what it tastes like, the village was able to start enjoying the plentiful eggplant crops. A little education goes a long way when it comes to adoption.

40% of the food in America goes to waste. This is a startling number to consider when we also think about the fact that one in every six children in America faces hunger. This waste isn’t just food that we toss out at home or don’t take home in a to-go box from a restaurant. This also includes chefs that don’t use the entire animal while cooking and stores that don’t accept anything but the finest looking produce. Luckily, there are efforts like the James Beard Foundation’s Food Waste Curriculum and produce recovery programs like the Imperfect Produce and Hungry Harvest.

Gleaning is the act of collecting excess fresh foods from farms, gardens, farmers markets, grocers, restaurants, state/county fairs, or any other sources in order to provide it to those in need. Gleaning allows for individuals to have access to fresh food that may not otherwise be accessible.

In the United States, food assistance programs have a complex history dating back to the 1930s. The food stamp program paused for nearly twenty years until John F. Kennedy reintroduced it in 1961, signing it into law in 1964. SNAP, formerly known as food stamps, has gone through various cutbacks, enhancements, regulation and legislative changes during its lifetime with the most severe cuts happening in the 1980s under the Reagan Administration.

The Farm Bill, which regulates SNAP, is set to expire at the end of September. The House Agriculture Committee is drafting a new bill after their proposed bill was voted down in May. Their initial draft would end or cut benefits for more than 2 million people, many of whom are families with children, by increasing the work requirements. Parents with children over 6 years of age would be required to work a minimum of 20 hours per week regardless of a child’s schedule, access to childcare, or access to a job that can guarantee those hours. Under the monthly reporting system, individuals whose hours are unstable can lose benefits for a year if their hours dip below 20 any week. These are just a few implications.

A Place at the Table

The New Face of Hunger

This article is part of the Make a Mark Global Awareness Challenge. Click here to return to the challenge page.